How do people here feel about chain-reaction downvoting of posts?

Personally I think downvoting should only be done in very exceptional circumstances: I've been on this site for over 2 years and only picked up the critic badge about 1 month ago (meaning I never downvoted anyone for about 2 years).

I appreciate that not everyone has the same opinion as me, and that people can downvote when they like, as long as it doesn't violate the CoC.

However I believe there comes a point at which a post has been downvoted enough already, and further downvoting becomes more harmful than helpful. It happened to one of my answers recently, causing a chain reaction that lead eventually to at least 1 suspension, but I won't go into too much detail about my own situation since I'm biased there. Today I noticed another relatively high-rep user (who clearly knows what they're doing) became the "victim" of chain-reaction downvoting: 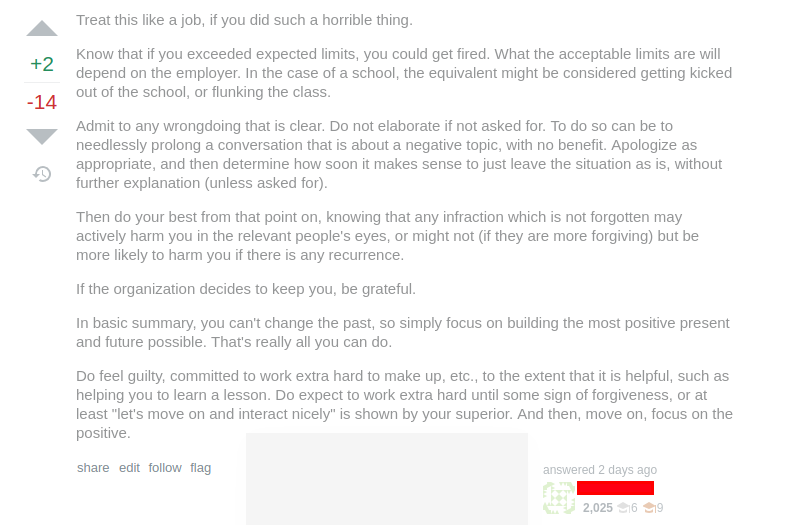 It seems here that when the number goes negative enough, everyone that passes by seemingly wants to add to the user's misery. I picture this like someone that's already been beaten by the police, but long after the police have gone away, people that walk by the body on the ground and see that the person has been reprimanded for something, throw a couple extra kicks in.

Apart from Meta Stack Exchange ("Meta is Murder"), I have never seen such badly downvoted posts on the Stack Exchange network over about a decade of being here. Why does this community do this, and why is it tolerated (if you are one of the people that do this, for example downvoting a post that already has a net score below -2, can you provide me with some insight as to why you do this)?

Similar problems have been recognized by others (e.g. Why my question gets so many downvotes? Is it off-topic?) and this site seems to have a downvoting problem in general (https://academia.meta.stackexchange.com/search?q=downvoting) which I have not seen on the other sites that I'm equally active in (I have 1000+ rep on 7 sites and 150+ rep on 26 sites).

The post shown above had a net score of -11 when someone decided to downvote it to -12, so I wonder: If you are one of the people that pushes such posts further into the ground, is it because you believe the question should be deleted (if so, why don't you vote to delete or if you don't have enough rep, just flag it or wait for it to be deleted by others, since if it's so bad clearly it shouldn't be on the site and it will quickly get deleted by others?)? Or do you usually do this because the post angers you so badly that you feel you need to stab it further? In the latter case, my personal opinion is that the behavior is starting to tread on the fence of violating the CoC and the policy of "Be nice, Be welcoming", but I don't expect everyone to share the same opinion as me.

To conclude my (personal) opinion on this issue (which I don't expect you to share, but I'd like to voice it here):

Note: cag51♦ has observed this phenomenon for upvoting: Case Study: First Answer Bias. This question is also tangentially related: Are upvotes skewed towards the first answer to a question?.

My 4 sub-questions are in bold. Thank you for your considerations.

If you are one of the people that pushes such posts further into the ground, is it because you believe the question should be deleted

Honestly, I didn't realize I could vote to delete. But in any case, having a bad answer and a clear indication that it is flawed can sometimes be helpful. It certainly discourages reposting of the answer.

Or do you usually do this because the post angers you so badly that you feel you need to stab it further?

This is a false dichotomy.

I've never seen anything on this site worth getting angry about. That includes being downvoted.

As a practical matter, people can vote using whatever criteria they see fit. We do have some guidelines for good voting practices, but votes are anonymous, and we don't usually know why people vote the way they do. The only exception that comes to mind is that we don't allow serial voting, as was discussed on Academia.SE here.

One of the results of this, which I have noted before, is a very pronounced "first answer bias." Further, I usually see a delay on my new answers; then after the overall score goes over 2 or 3, more votes pile on.

I suspect what you've observed is a corollary to this bias. I doubt that people are consciously choosing to pile on; rather, I suspect it is simply easier to see the hugely negative score, skim the post, and say "I agree" rather than having to make an independent judgment as they would on a post without a clear score.

Why does this community do this (if you are one of the people that do this, for example downvoting a post that already has a net score below -2, can you provide me with some insight as to why you do this)?

Personally, I try very hard to make upvote/downvote decisions without considering the question's current score. This does sometimes result in downvoting an already-downvoted question -- in fact, heavily-downvoted questions are normally downvoted for a reason, so this happens with some regularity. But I don't condone downvoting just because the question is already downvoted. In fact, I frequently ask myself, "would I have (down)voted if I hadn't seen the score, or would I have just kept scrolling?"

But, I do not agree that there are (many) answers with hugely negative scores that would have gotten positive scores had it not been for the first few votes. I've seen people argue this before, but I rarely agree with such claims (of course, there are exceptions, I'm not commenting on any specific case).

Is it because you believe the question should be deleted?

No. As Massimo says in the comments, "deletion is for low quality content not for bad advice." I would not (vote to) delete a good-faith answer that showed research effort, even if I disagreed with it. I've argued before that moderators do not delete wrong answers; I would similarly discourage the community from doing so. But, I would likely downvote and comment on a wrong answer to prevent the misinformation from spreading.

It is a good practice to explain your downvote rather than just doing a drive-by. My experience, however, is that by the time someone gets a score of -10, there has already been significant discussion on the answer.

why is it tolerated?

You seem to be suggesting that we should crack down on those who vote on a heavily-downvoted answer without reading it. Diamond mods do not have the tools to do this. You could ask the community team to implement it, but you would have to create a post on MSE.

Another option would be to cap the displayed score -- for example, scores below -5 could just display -5 rather than displaying -100. Again, we as Academia.SE do not have the tools to do this.

A related issue I've observed (and, frankly, one that concerns me somewhat more) is that post scores tend to lag post edits. For example, a new user who is heavily downvoted might fix their answer after a day or two (which is exactly what we tell them to do), but they are unlikely to get the score they deserve (which affects new users far more than high-rep users).

Not the answer you're looking for? Browse other questions tagged discussion community down-votes voting .

27
Case Study: First Answer Bias
5
Two answers per day get downvoted – will the system notice this?
0
A user is pushing personal beliefs about legality without referencing debate
7
Are upvotes skewed towards the first answer to a question?
0
Why my question gets so many downvotes? Is it off-topic?

0
What is wrong with my question
2
Downvotes on answers becuase they come from the tools author?
29
Why do people on academia.SE often suggest courses of action that are very different from what most people would do in real life?
5
Editing questions after many downvotes
8
How to make users of other SE sites more aware of what Academia.SE is about?
24
Could we please have a limit on negative voting for a newcomer's question?
63
A request for SE employees and CMs
1
Why has this been voted down?